Was Your Austin-Area House Built 1950-1986? Then Your Sewer Pipes May Be In Big Trouble.

If you have an older home in Austin, you may have a ticking time bomb under your slab in the form of cast iron sewer pipe. 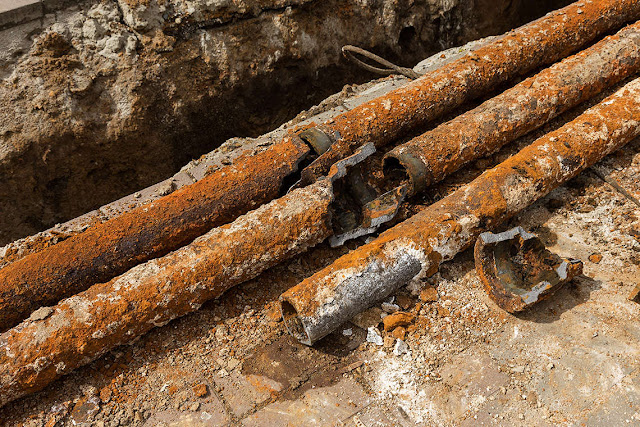 All cast iron sewer pipe will need to be completely replaced before your house turns 50 years old.

If your house was built 1950-1969, it's already time to replace before your house is flooded with sewage! Houses built in the 1970s will need complete replacement in the next 10 years. 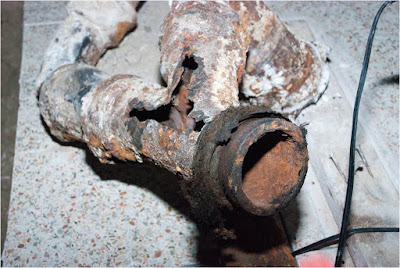 Why completely replace, not just repair the pipe as needed? Each repair causes the cast iron on either side of the break to turn into TWO new leaks later, as the weakened metal deteriorates from repeatedly coming into contact with the sewage running through it. The thousands you spend for fixes will be only stopgaps, and will actually make the situation worse. You'll end up paying over and over for fixes, until you finally have to completely replace the system anyway. Save money and get out ahead of the problem by replacing all of your cast iron sewer pipes at once, before it turns 50 years old.

Should I Try Trenchless Pipe Relining for Cast Iron Sewer Pipes?
NO. Too many things can go wrong with the process, and you could end up spending just as much money, or more, as a total replacement. 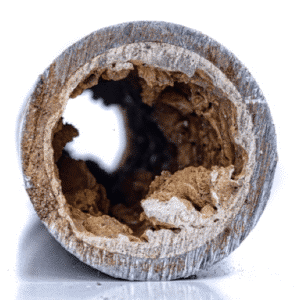 In order to line your pipes with epoxy, installers must first clean and prepare the insides of your cast iron sewer pipes, including fixing any cracks, leaks or visible signs of corrosion, to ensure the epoxy has a smooth surface to adhere to. The sanding and cleaning process is very stressful for already decayed sewer pipes and sections can rupture and further erode, leading to more fixes needed before epoxy can even be applied. At best, these “blow-outs” require cutting holes and replacing sections of pipe before they can be lined. In worst-case scenarios, you'll need to stop the relining process and get a total replacement anyway, if your pipes are too far gone to be lined. 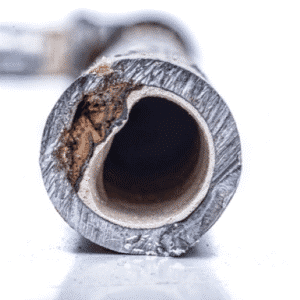 If the sanding/cleaning and pipe prep process is not done exactly right, corrosion can return and grow under the epoxy (between the lining and the pipe wall) pushing the epoxy back into the pipe, decreasing the diameter of the pipe and leading to restricted flow.

Epoxy-lined pipes are not inspected by any governmental or third party agency. Unlike a total replacement that is inspected to adhere to Texas state plumbing code, there's no way to check the quality of the installation and buyers must simply trust that the specific technician the company sent had the skill to clean, repair and install the epoxy in their pipes properly, which has not been our experience when our licensed plumbers have had to come behind these techs to re-pipe what they could not fix.
Exterior pipe corrosion will not be solved by ANY available lining solution. Your cast iron sewer pipes must be totally replaced. Anything else is just a band-aid. 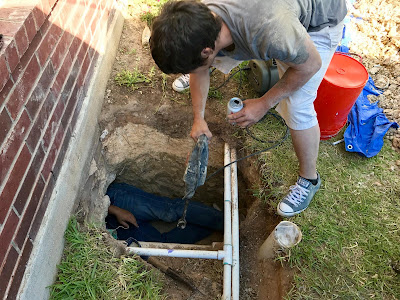 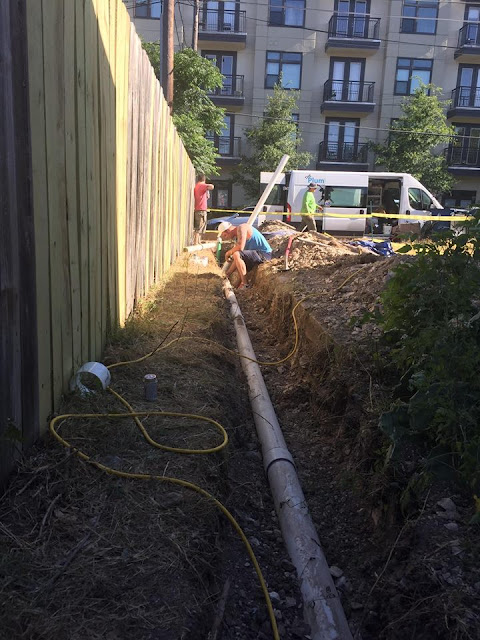 Luckily for you, The Plumbinator Round Rock plumbers are experts in cast iron sewer replacement! We partner with the best excavators in Austin who will quickly tunnel under the house, with minimal damage to your floors, and then we'll expertly replace your whole sewer system.

Popular posts from this blog

6 Signs You May Have an Active Slab Leak

January 22, 2018
Oh no! You just went to grab a soda from the fridge and splashed through a huge puddle on the way. Why is your home turning into a swimming pool?? Might be a slab leak.  Slab leaks can wreak havoc on your home and your wallet! Not only will your house be underwater, but you'll also be paying for this privilege through increased bills. The water pipes for your home run through the slab, and as they get old and corrode, or the house settles into its foundation, pipes may spring leaks or break. The older your home is, the more likely it is you'll have a slab leak . Check out the signs in this list, so you'll be ready if it happens to you. 1) There's a Puddle on the Floor, Inside or Outside The most common sign of a slab leak is a puddle on the floor that can grow larger over time, as water bubbles up from underneath. You'll often find the puddle close to where plumbing is located, such as the bathroom, kitchen or laundry room. If you see a puddle, look aroun
3 comments
Read more

7 Trees That Cause the Most Plumbing Damage - Are Any in Your Yard?

March 21, 2018
What kinds of trees do you have in your yard? You need to find out! To protect your plumbing you must know what kind of trees you have and where they are planted in relation to your sewer lines, since some trees are more trouble than others for your plumbing. Tree roots can exploit tiny cracks or holes in your sewer pipes, and use them to invade!  It's a very common problem in Central Texas to have tree roots clog, crack and even completely destroy parts of sewer lines.  Did you know that tree roots can be 2-7 times as long as the tree is tall? These roots will travel long distances seeking water. Roots can actually sense water vapor, and will follow the trail of leaking moisture straight back to small cracks, badly sealed joints, or pinholes in your pipes. Was your home built 1950-1986? Then you very likely have cast iron sewer lines which are very deteriorated and especially vulnerable to root invasion. Read more here. As you can see in the diagram above,  roots will invade
5 comments
Read more

Got Kitec Water Pipes in Austin? We Can REPAIR Them!

January 24, 2019
Found out your home has Kitec? Got a huge estimate for a total replacement and now you're freaking out?  We can help!  Schedule a free estimate and we'll see if we can   REPAIR instead of REPLACE your Kitec. Kitec Facts: Kitec plumbing was used to install water piping in new homes during the building boom in Austin, Georgetown, Round Rock, and Pflugerville, starting in 1995.  In 2005 Kitec was recalled because it corrodes and bursts, but that didn't stop some builders from using it in the Austin area as late as 2008.  Builders liked Kitec because it was cheaper than copper and flexible, so it was easy to install.  Kitec water piping can't take high heat or pressure, and it corrodes quickly.  With Kitec plumbing, pipes won’t just leak, they are likely to totally burst, flooding your home!  Kitec plumbing is a ticking time bomb under your house and based on the start date and recall date (1995-2005) it only lasts about 10 years.  We do Kitec repair AND
Post a Comment
Read more 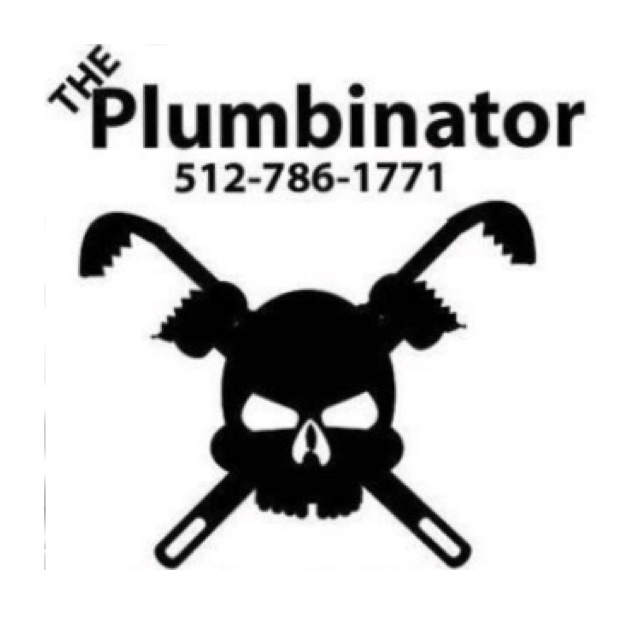